Ever since I began to publish my novels independently, I have been reading works by other indie authors and I found a wealth of great books by fabulous writers. These works have kept me entertained for many hours and have given me new insights. I have cried and laughed with the characters and was often deeply touched by the stories. 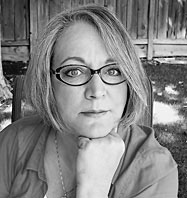 One of my favorite authors is Linda Cassidy Lewis. Her two novels THE BREVITY OF ROSES and the sequel, AN ILLUSION OF TRUST, deal with the many facets of love and relationships, with its painful and joyous moments, and with the powerful influence a person's past can have on her or his present life.

THE BREVITY OF ROSES 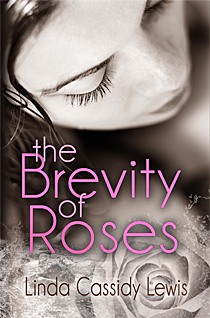 Blurb: Jalal Vaziri has looks, money, women--and a habit of running from reality. Convinced he's only running from a father who hates him, a career mistake, and endless partying, he abandons Wall Street and reinvents himself as a poet in a California beach house. A fresh start is all he needs. When an intriguing woman enters his life, he believes all his dreams are coming true. But too soon those dreams dissolve into nightmare. Jalal flees again. He's nearing the point of no return when another woman blocks his retreat and challenges him to finally face the truth about what he's trying to outrun.

In this contemporary tale of love, loss, and redemption, a desperate man discovers his salvation lies in an unlikely source.


My thoughts on The Brevity of Roses:

Every once in a while, I come across a work of literature, which is not only fascinating, entertaining, and moving, but which touches me on a deeper level. The Brevity of Roses by Linda Cassidy Lewis is one of those books.

The Brevity of Roses is a story about love, the power and beauty of love as well as the fear it can trigger and the pain it can cause. Love is what the three main characters--Jalal, Meredith, and Renee--struggle with.

Jalal, a handsome American-Iranian poet from a well-to-do family escapes a life of drugs, alcohol, a career he hates, and a lot of superficial relationships by moving across the country from New York to California. He finds love and embraces it but when tragedy strikes, he withdraws from life. Underneath the shiny veneer he presents to the world, he is slowly dying. Meredith, an anthropologist, struggles with feelings of guilt toward her former husband which hold her back from giving her heart fully, and Renee, a waitress and survivor of childhood abuse and neglect, falls in love but when it gets serious, her first reaction is to run. But it is the tenacious Renee who ultimately manages to break down the walls Jalal has built around himself and forces him to face his demons, a grief so deep it threatens to undo him.

While reading this book, I was often reminded of a quotation by May Sarton in her book Mrs. Stephens Hears the Mermaids Singing: "Love opens the door into everything, as far as I can see, including, and perhaps most of all, the door into one's secret, and often terrible and frightening, real self."

The Brevity of Roses is a carefully crafted, beautifully told story. The characters are complex and believable, flawed but loveable. With vivid descriptions, the author manages to engage our senses, our thoughts, and our emotions. And, without any explicit love-making scenes, she creates a highly charged and sensuous atmosphere.


AN ILLUSION OF TRUST, the sequel: 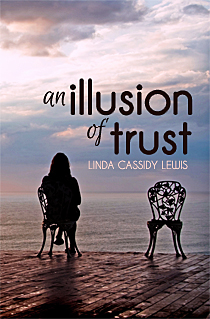 Blurb: In this sequel to The Brevity of Roses, Renee Vaziri discovers that even when your dreams come true your nightmares remain.

When Renee Marshall locked the door on her dark past and married Jalal Vaziri, she hoped for a quiet life in a California coastal town. Now, with a sexy, adoring, wealthy husband, one beautiful child and another on the way, she dares to believe happily ever after could be her future. But doors don’t always stay locked. As the stress of living in Jalal’s high-society world increases, the traumas of Renee’s past begin to poison the present and threaten to destroy everything she treasures.

Is it her imagination or is Jalal keeping a secret that will end their marriage and rip her children from her life? And could it involve Diane, the woman who reminds Renee too much of Jalal’s beloved first wife?


My thoughts on An Illusion of Trust:

After a rocky and passionate relationship which began in The Brevity of Roses, the prequel to the current book, Renee and Jalal have tied the knot. Renee still can't believe her luck. Here she is married to this handsome, sexy, charming, intelligent man who also happened to be rich. Coming from a background of having to struggle for every penny, a miserable childhood and young adulthood, Renee is finally able to enjoy love and security. But the trauma of her past, which she stubbornly tries to push away, doesn't just dissolve in this seemingly idyllic environment. And that past keeps erupting, making her feel insecure and inadequate, making her doubt the love of her family, the love of her husband, and her capacity as mother to her two children. And Jalal, though a loving husband and doting father, seems to have a whole bunch of secrets he doesn't want to share with his wife, increasing her insecurities and fears. All of this leads to an emotional explosion, and we begin to wonder if the two will ever be happy together again.

I loved the author's first book, The Brevity of Roses, and was eagerly awaiting the sequel. I was not disappointed. Linda Cassidy Lewis once again presents us with a sensitive and psychologically profound work, full of vivid details. Her main character, Renee, is a troubled woman and her behavior seems often unreasonable. I sometimes felt like smacking her. But the author does an excellent job of showing her vulnerability and her basic good heart and we keep hoping and rooting for her.

The Brevity of Roses and An Illusion of Trust are available on Amazon and I hope this post inspires you to give them a try. They are truly remarkable stories:

Posted by author Christa Polkinhorn at 6:30 AM

author Christa Polkinhorn
Christa Polkinhorn, originally from Switzerland, lives and works as writer and translator in the Los Angeles area, California. She divides her time between the United States and Switzerland and has strong ties to both countries. She is the author of five novels and a collection of poems. Her travels and her interest in foreign cultures inform her work and her novels take place in several countries. Aside from writing and traveling, she is an avid reader and a lover of the arts, dark chocolate, and red wine. 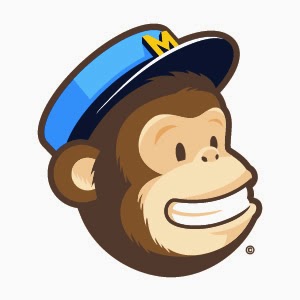 My Author Page on Amazon 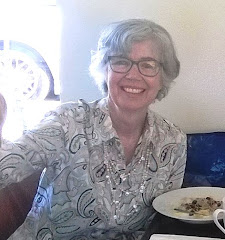 The Italian Sister (The Wine Lover's Daughter, Book 1) CLICK ON THE BOOK COVERS BELOW. 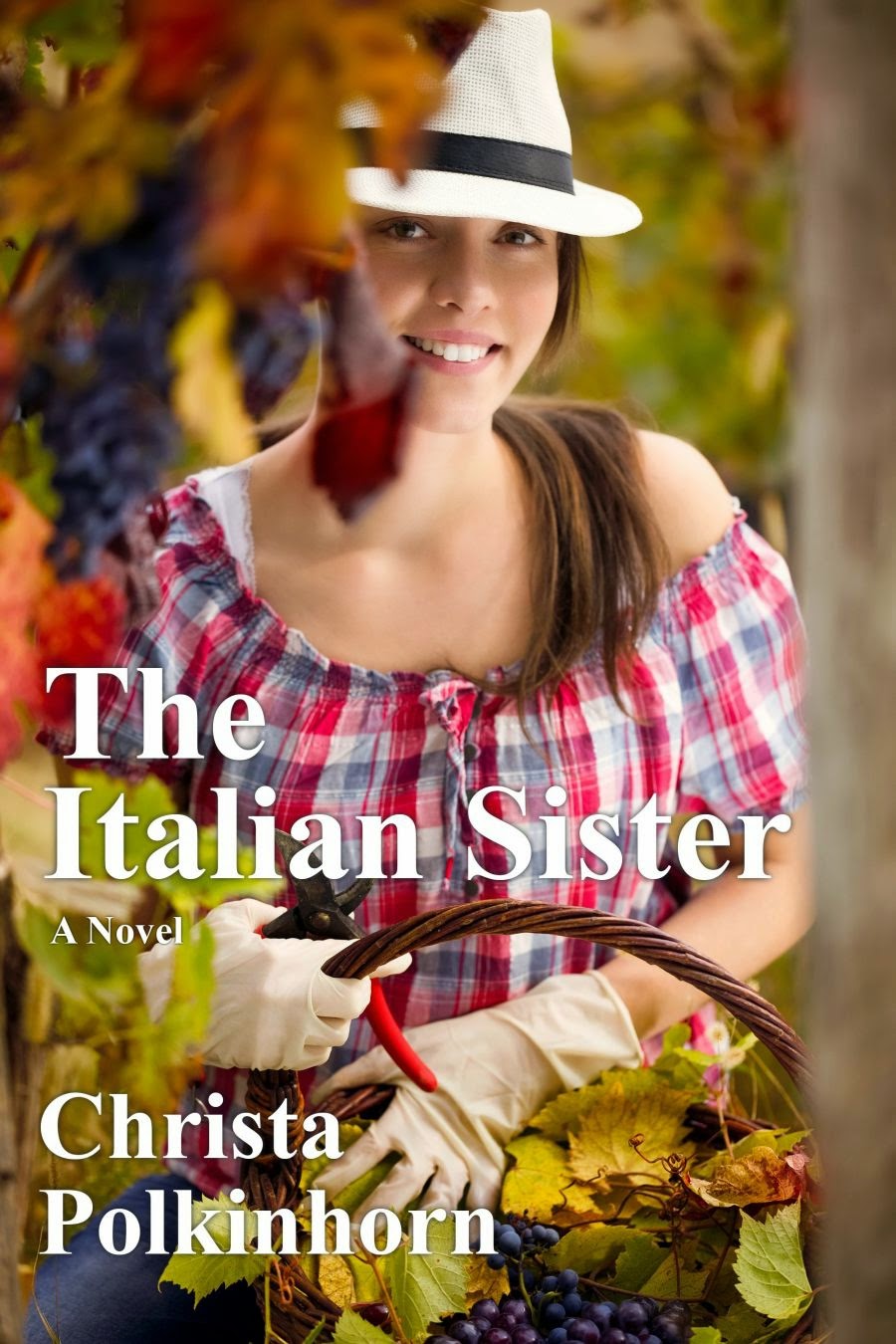 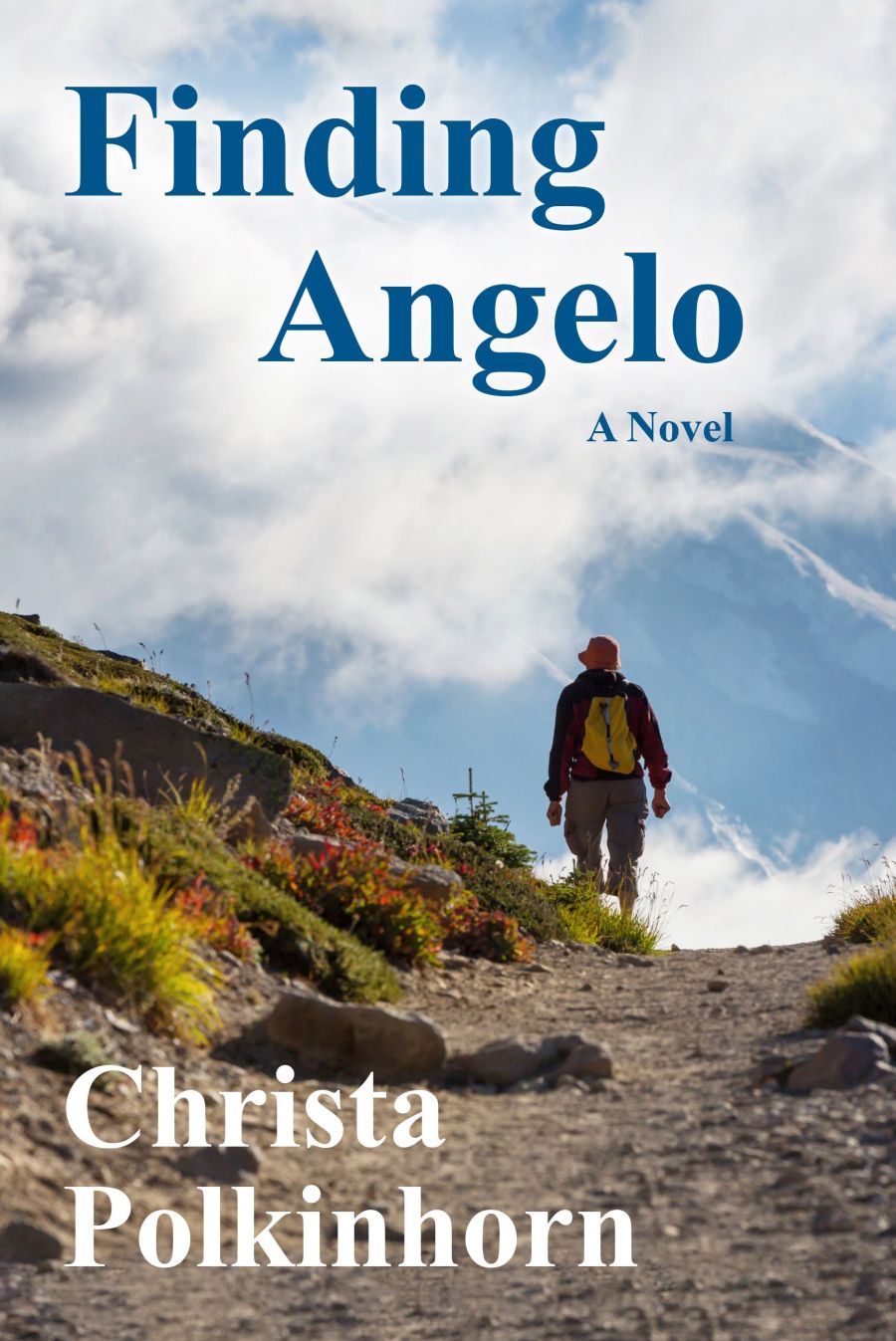 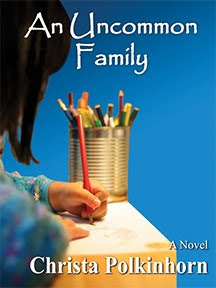 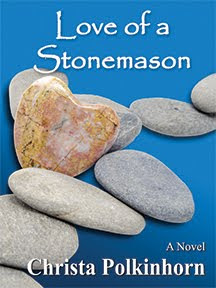 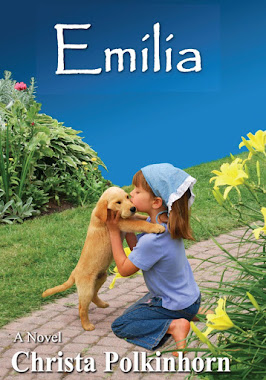 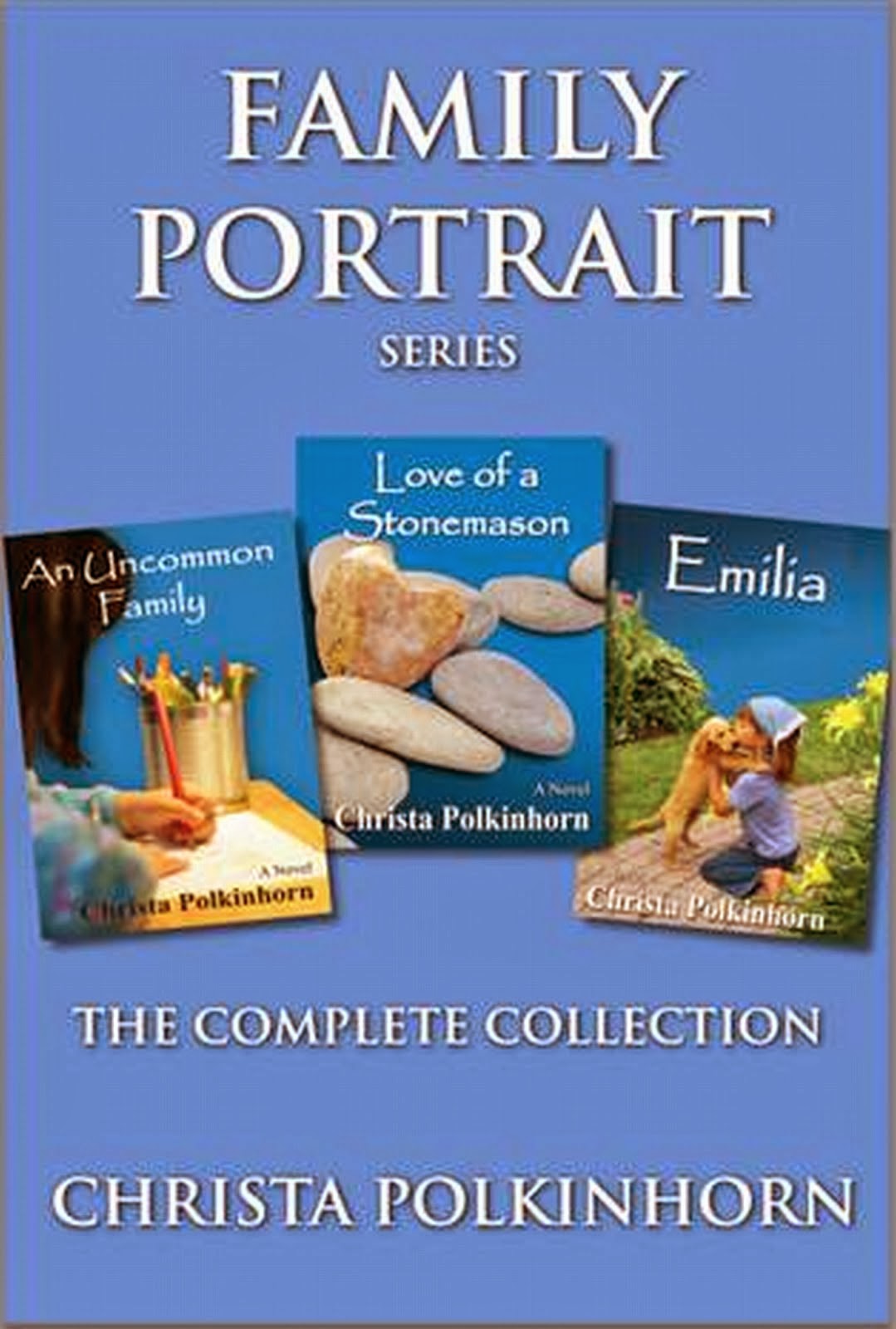 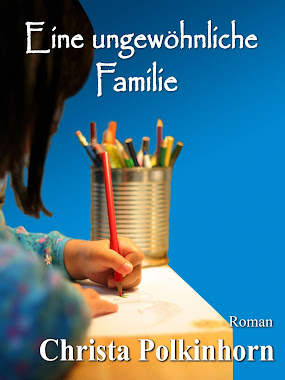 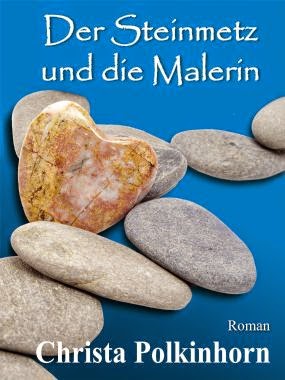 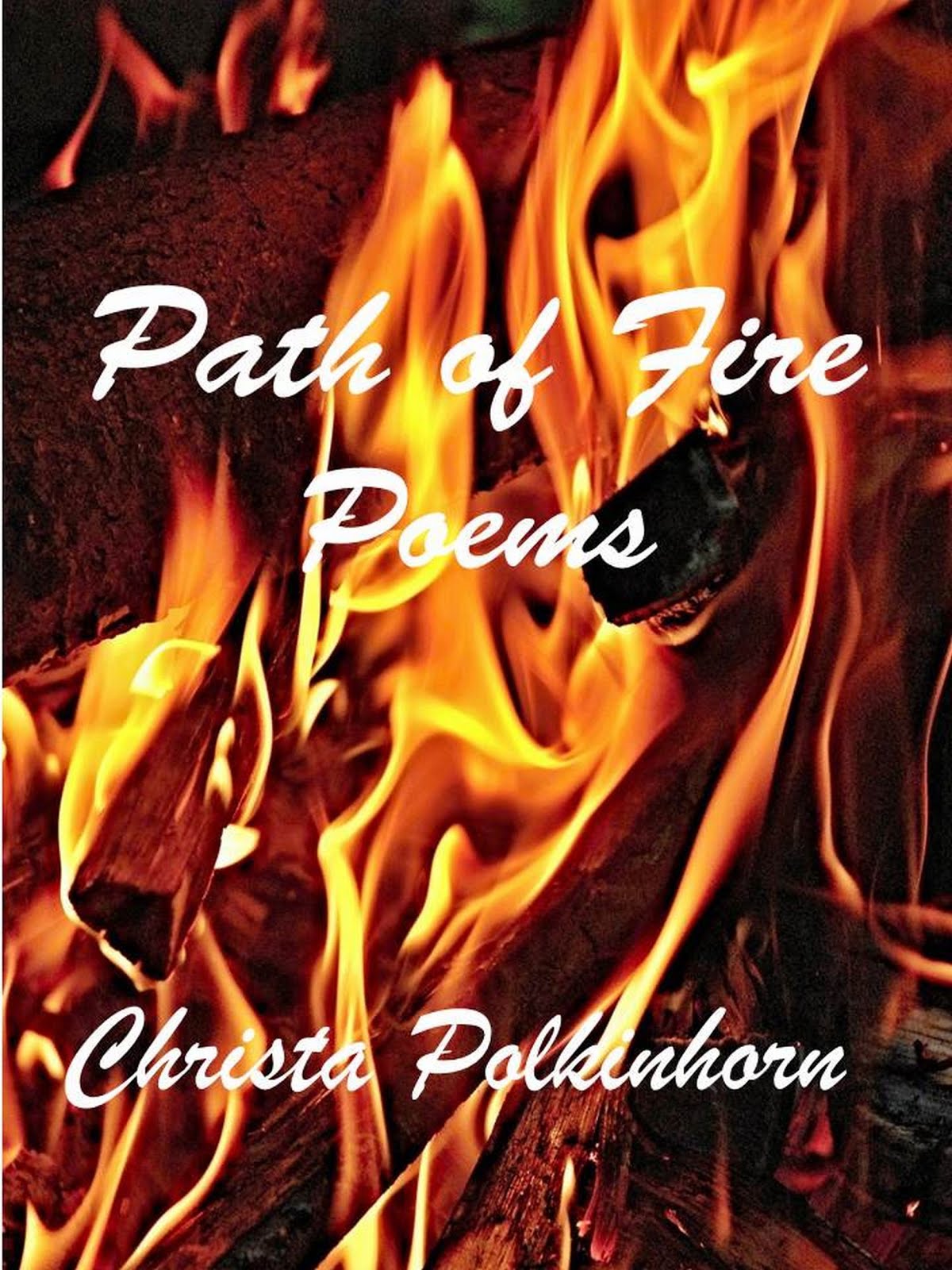 author Christa Polkinhorn
California, USA, and Switzerland
Christa Polkinhorn, originally from Switzerland, lives and works as writer and translator in the Los Angeles area, California. She divides her time between the United States and Switzerland and has strong ties to both countries. She is the author of five novels and a collection of poems. Her travels and her interest in foreign cultures inform her work and her novels take place in several countries. Aside from writing and traveling, she is an avid reader and a lover of the arts, dark chocolate, and red wine.

Promote Your Page Too

My Page on Goodreads

What is that book about? Guest post on Michelle Bowles's blog.

BUT WHAT ARE THEY EATING? Guest post on Shelley Workinger's blog.

I am being interviewed by Susan Dormady Eisenberg on Open Salon about EMILIA, part 3 of the Family Portrait series.

I am being interviewed by Molly Hacker, aka Lisette Brodey, at her fun blog. Enjoy the pictures!

Interview at My Reading Room.

Interview at The Independent Author Network

An Uncommon Family on Amazon

An Uncommon Family at A Book and A Dish

Love of a Stonemason

Love of a Stonemason on Amazon

Love of a Stonemason at A Book and A Dish